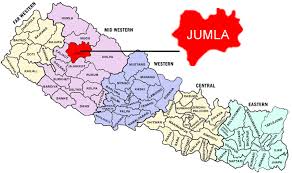 Some 850 kilometers away from Kathmandu lies Jumla, small town enclosed by golden hills situated along the banks of the Tila river.

Despite being the zonal headquarters of Karnali, the largest region of the Himalayan country, Jumla has always remained in isolation.

The locals of this mountainous district felt disconnected with the rest of the world and thus started accepting themselves as being marginalized. The media often portrayed and highlighted Karnali as an area beset with extreme poverty and zero social or economic development.

This scenario that has often been pictured nationally and globally for decades is gradually set to change however, providing the hints at development in the region are a long term proposition.

Since the 232-kilometer-long Karnali Highway connected this under-privileged part of the country with the major nearby town of Surkhet in 2007, Jumla started witnessing some gradual development. And with the construction of a black-topped road just two years ago, Jumla is escaping the shackles of isolation.

For many senior citizens, its like a dream seeing a road and moving vehicles. “I had never thought that this place would be connected to the capital and the world. It’s not just a highway, it’s good luck for all of us,” Bhakta Rokaya, 60, told Xinhua from his apple farm, located in the Rokayabada village, about 15 km away from the major town.

Apple production is a major source of income for the majority of the residents of Jumla, which has a cold climate and suitable soil. While farmers like Rokaya previously had no market for their produce, the highway has proved to be a lifeline. 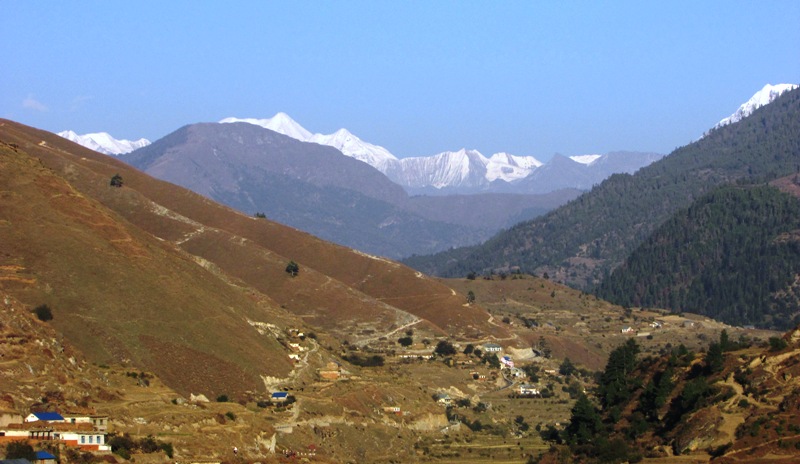 These days, buyers from various parts and even from the capital can now approach the apple farmers directly, thanks to the road and mobile technology.

Rokaya said, “From 150 trees, I produced 4,000 kg of apples in total this year. I sold a few kilograms to the traders and the remainder are being processed for making dry apple slices.”

Many of these entrepreneurs use hand-powered machines provided by development agencies to process the apples and sell them in the form of candy or slices in packets, worth Rs 100 (about 1 U.S. dollar). They also produce apple wine and brandy, which are becoming popular both locally and nationally.

At a time when food insecurity has increased with the falling production of rice in the region, apple production has provided a means of livelihood to many. These small scale enterprises have been supported by different national and international organizations like the United Nations Development Programme (UNDP).

“Our Micro-Enterprise Development Programme (MEDEP) has been helping the most vulnerable communities across the country, including the Karnali region, to help them kickstart their businesses. There are over 100,000 enterprises created by our program and 2000 in Jumla alone,” Sophie Kemkhadze, Deputy Country Director of UNDP Nepal, told Xinhua.

As per a report conducted by the United Nations, Nepal ranked 145th on the global Human Development Index in 2014. Karnali lies at the bottom of this index as it has lagged behind in life expectancy, knowledge and a decent standard of living.

Poverty is regarded as a major challenge in Karnali, which comprises the five districts of Kalikot, Jumla, Mugu, Dolpa and Humla. Among these, two districts, Humla and Dolpa, are yet to be connected by roads.

However, statistics suggest that Nepal has made tremendous progress in lowering the poverty rate in the last 10 years. Under its Sustainable Development Goals, the National Planning Commission has projected a per capita gross national income of 2,500 U.S. dollars by 2030 from the current level of 772 U.S. dollars.

“Agriculture, forestry, traditional production and the service industry are the major focal points of MEDEP; with vulnerable communities and women among the highest priorities. We believe the program has contributed significantly in poverty reduction in the country in the last decade,”Sophie added.

With improved road connectivity and livelihood programs, locals of Jumla are changing their fate along with their life style. Though many remote villages’ development committees are yet to be connected to the mainstream development, more populated areas are becoming better facilitated and adapting to modernity.

Today, Jumla bazaar has various infrastructure including concrete buildings, electricity, mobile technology, hotels and restaurants, Internet cafes and, surprisingly, even a gym club. Though the Karnali highway is only operational for 12 hours everyday, nearly 10 public vehicles travel to and from Jumla daily, inviting increased trade and various economic opportunities.

Yam Khadka, an owner and driver of a public bus operating on the Jumla-Nepalgunj route, told Xinhua, “The highway is narrow and bumpy, but If the road is upgraded and well managed, there won’t be any difficulty in improving connectivity.”

Other development activities are also taking place rapidly with the use of modern technology in agriculture and the establishment of small-scale cottage industries. Thus the overall face of Jumla has been changing over the past two years and the scenario seems very impressive.

Once upon a time, the Karnali region was synonyms with malnutrition, maternal and child mortality and women’s health problems.

But gone are the days when the people of Jumla used to die due to lack of emergency health services and medicine. Of late, there are more than 20 qualified health professionals at the government-owned Karnali Academy of Health Science that has been providing health services to the poverty-stricken people.

Nabin Thapa, a doctor at the academy, told Xinhua, “Currently, there are 12 specialists and 7 doctors in the Health Academy. More than 120 patients from Jumla and other districts like Mugu, Jajarkot and Kalikot visit us everyday. We even perform surgeries,” the doctor said.

The major health problems seen in the region are pneumonia, asthma and pelvic inflammatory disease among women, he explained.

“Ninety percent of health problems can be resolved in Jumla itself. If we had enough electricity and advanced lab facilities, locals should not be forced to visit the capital on chartered flights any more,” Pramila Mahat, a nurse at the health center, told Xinhua.

People from Karnali region have also been traditionally deprived of access to education for a long time due to poverty and complex geography. However, the establishment of boarding schools and colleges in almost all the village development committees have provided a new solution to students.

Jagadish Lamichhane, a government officer working in Jumla, told Xinhua, “There are many senior high schools in the region and two colleges for degree programs. This is development in the truest sense.”

Locals of Karnali have struggled for the longest time in every aspect of their lives, and they feel that it is high time to upgrade their status from being the least developed region.

Now, what is needed is to get proper recognition and attention from the government, especially from the central administration located in Singhadurar, in the capital city. There are many helping hands but Karnali, which is full of resources and potential, is waiting for more opportunities and economic transformation.As such, the region should not be neglected by the Nepalese government.   News Source: Xinhua News agency 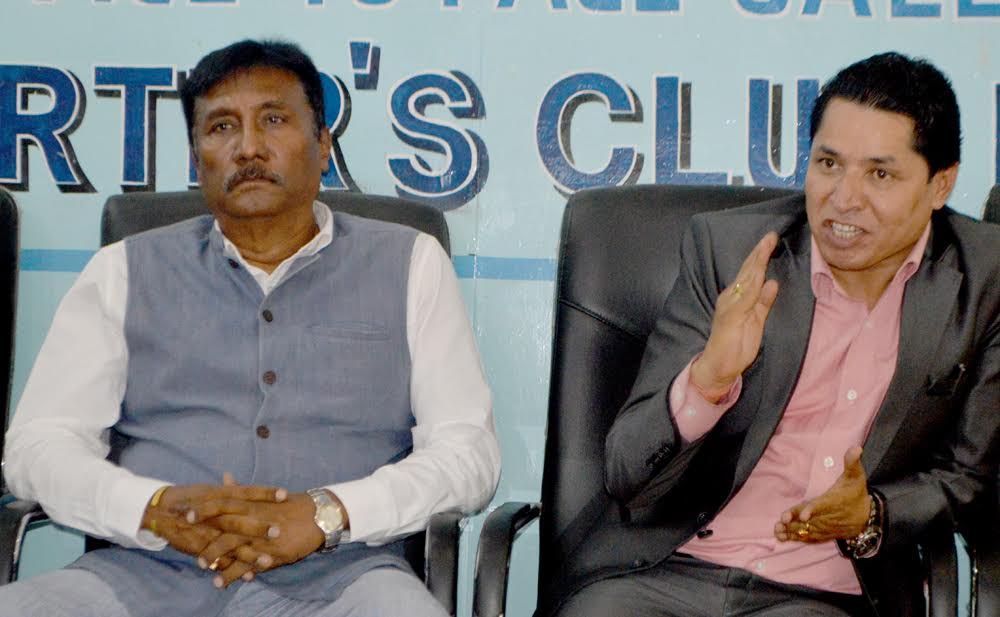 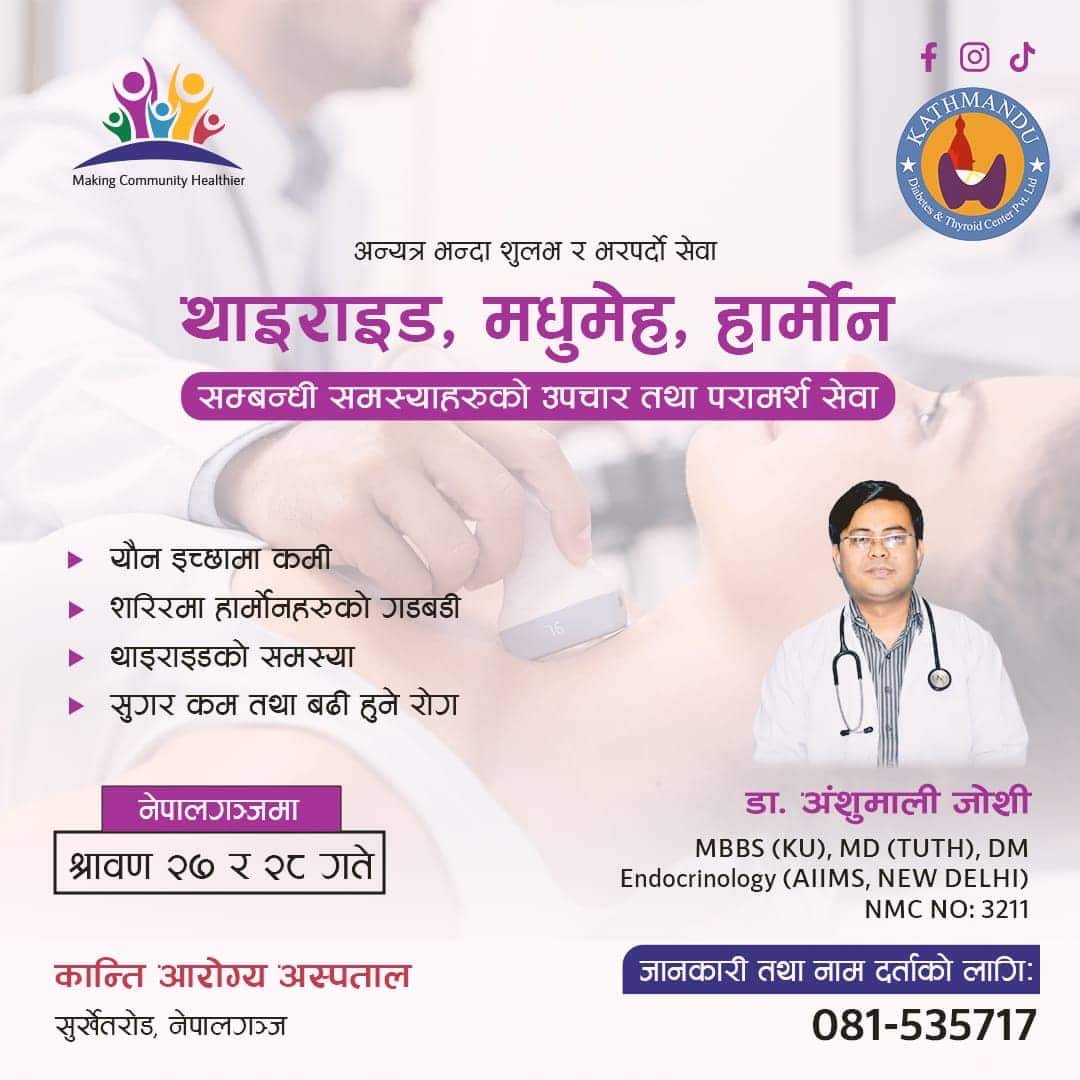 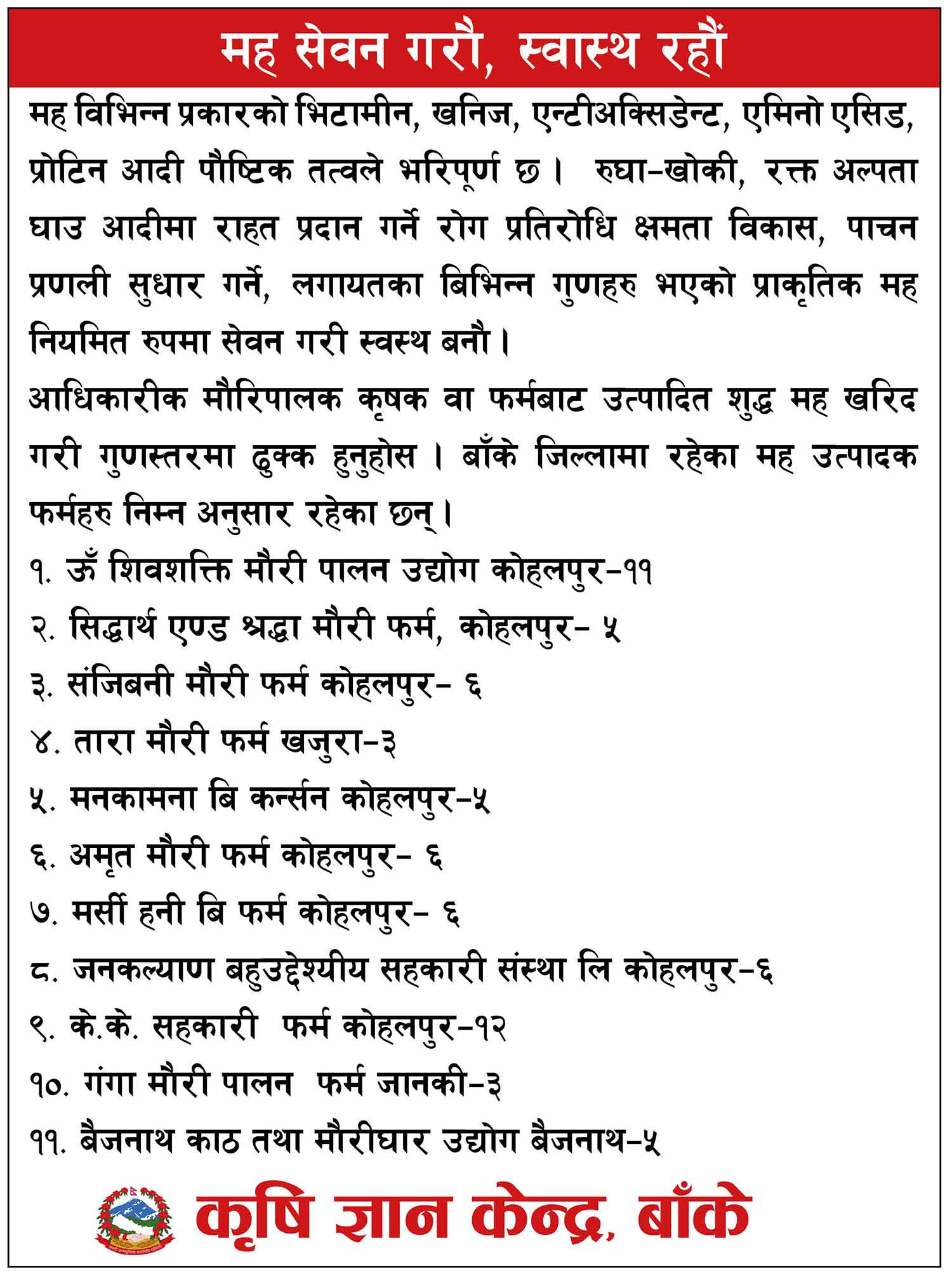 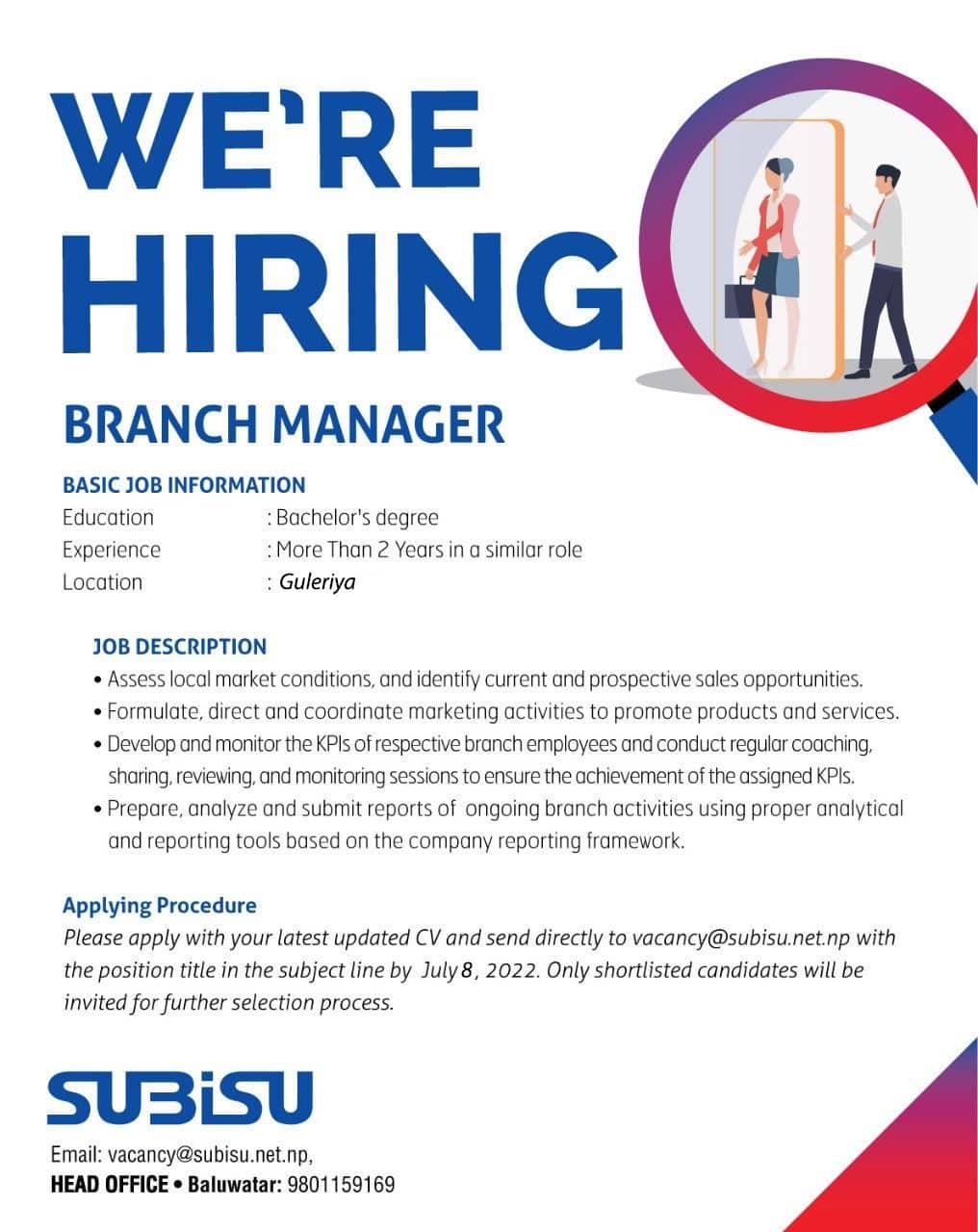 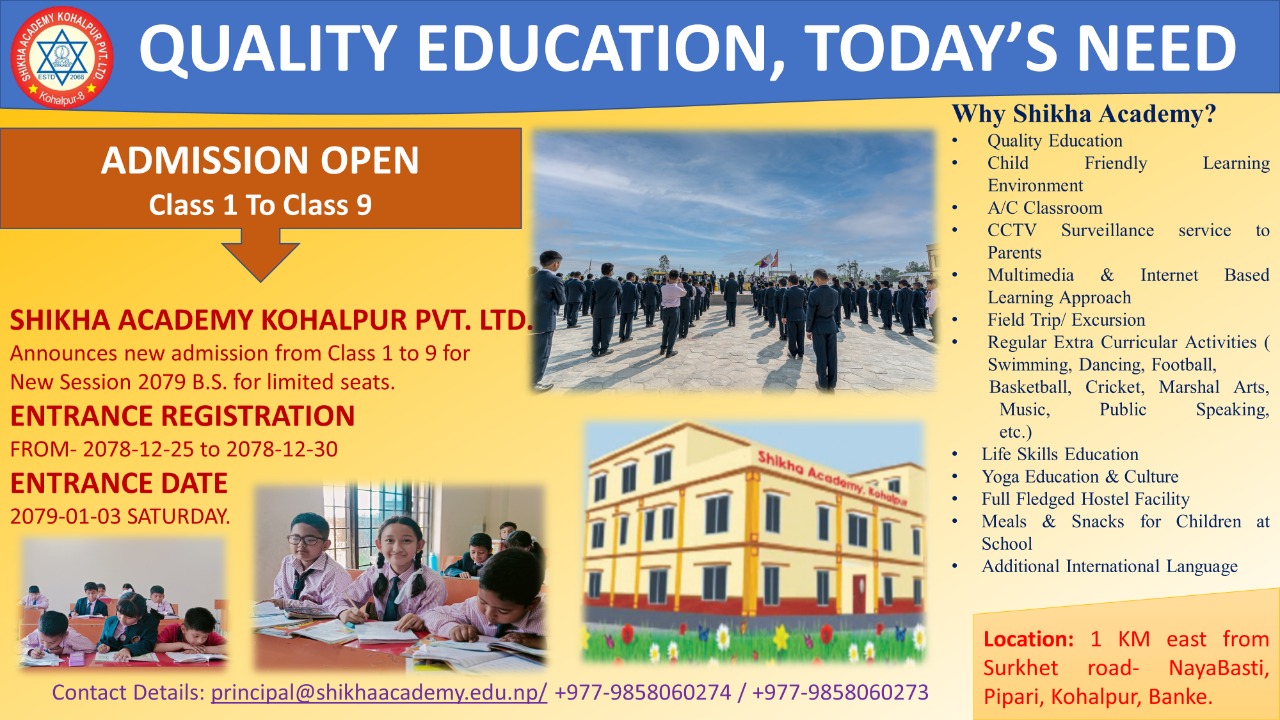